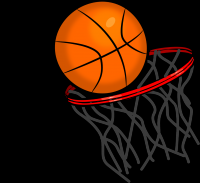 This page offers some general information on the MPRA Basketball program.  If you have other questions not addressed here, email mprabasketball@gmail.com.   We will generally respond within 48 hours.

Divisions: MPRA offers the following division for basketball, depending on registration.  (All ages are based on their age as of September 1st)

Registration opens in mid August and closes on September 30.  Late registration, if offered, typically runs through mid-October.  Player evaluations for team selection is held around the 3rd weekend in October.

Practices will start on or around November 1st.  Games start after Thanksgiving and are scheduled through the end of January for ages 8U to 14U.  6-Coed and 18U may have games through mid-February.  Each team has 2 to 3 events (practices and/or games) per week.

Rec Plus is a program within the MPRA Rec Program that offers players a chance to play in a more competetive league in the Huntsvilel area.  Teams are selected based on a tryout.  Tryouts are held at the end of September.  MPRA has a team in the 10u and 12U divisions for both boys and girls.  Those interested in Rec Plus register through the regular rec program website.  If a player attends tryouts and is not selected for the Rec PLus team, thye are placed on a regualr Rec program team.